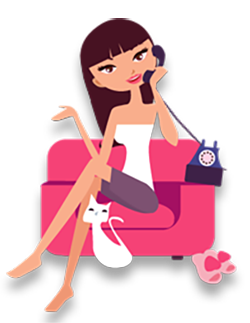 Click daily or weekly for your horoscope or love horoscope

Ready to shine? You may have to placate others who might be demanding your attention Scorpio. Whether it's family or friends, the early Full Moon can bring the realization of how much others depend on you, and what a balancing act it can be. Make time to unwind too, whether this means going on a trip or enjoying a short break, as long as it helps recharge the batteries.

In need of some self-care? Today's Full Moon in your home zone encourages you to enjoy some pampering, and take a mini retreat if possible. If you are anticipating being bombarded with calls or texts, then switch off your phone. Everyone needs a chance to unwind and to reflect on plans, and life in general. If this is you, this might be your opportunity to kick back and dream big.

If things aren't progressing very well in your relationship, you need to make a stand. If possible, take some difficult decisions and confront unexpected problems. Meanwhile, don't allow yourself to lose sight of your romantic ambitions or forget what you've learned, the journey is often the only reward you receive.

Has a love interest become aloof and uninterested? With Mercury opposing sobering Saturn early on, it may seem all is lost. Take heart though Scorpio, as this is a temporary phase. With lovely Venus moving into your social sector later in the week, they could well change their tune. Spoken for? It is a positive time for moving in new circles and making exciting new friends.

Scorpio is the eighth sign of the zodiac, traditionally ruled by the red planet Mars, who was the mythological Roman god of war and fertility.

Your sign is a steadfast, sensuous, deep feeling water sign and your symbol is the scorpion which has a paralysing, sometimes deadly, stinger at the end of its tail. This gets your sign some stingy bad press, but only from those who don't know your true scorpio ways.

Like your good self, scorpions are extremely resilient, they survive in a wide variety of habitats, including tropical forests, deserts and places of extreme temperatures. They move furtively on the ground and hide under leaves and rocks, or bury themselves in sandy soil.

A scorpion is tiny and will usually only sting to defend itself. If you were to corner a live one and poke it repeatedly with a stick, you might see it arch its tail across its back and literally sting itself to death. This little arachnid would rather commit suicide than allow anyone to torment or ridicule it. This says something profound about your profound sign.

You may be ruled by a red planet but it's unlikely to be the predominant colour in your wardrobe, although some attribute red to your sign. You usually incline towards smart blacks and midnight blues, you prefer to blend in. A real scorpion likes to hide, which is difficult in a bright red sweater!

Your sign is of fixed modality, which means that you have great tenacity and staying power in most situations but, like the scorpion, if you feel threatened or ridiculed in any situation, your natural impulse is to abruptly end it!

In modern day astrology, the rulership of your sign has also been assigned to the dwarf planet Pluto. This planet may be tiny but we should not underestimate it. Pluto rules atomic power!

With mighty Mars and power planet Pluto as your co-rulers, yours is the most deeply passionate sign. You feel things acutely and your feelings run deep, but your desire to stay hidden means that you rarely show the emotional storms and tempests when they happen within.

Your innate character is to be steadfast, trustworthy and loyal. You play your cards close to your chest and often leave others mystified. Your sign rules birth, death, sex, regeneration, transformation and all of our shared resources and secrets. You're one of the best at keeping secrets, especially your own!

Many Scorpios have strong psychic ability and others will become concerned with the psyche, to become hypnotherapists and psychotherapists. You are suited to a number of professions, we might find you working in a hospital or bank, at the butchers or in demolition. Whatever you do, you generally do with commitment.

You get along best with the other water signs, Cancer and Pisces and the earth signs of Taurus, Virgo and Capricorn, but this can be mitigated by the influence of other planets in your horoscope, particularly your ruling planet Mars.

If you don't know which sign Mars was transiting when you were born, or you'd like to know more about your horoscope, one of our astrologers will be pleased to help you.

You can send us an email to enquiries@psychicsofa.com